Here at Blake, charitable work plays a key part in our identity, and we are committed to giving our support to a variety of local and national charities with substantial donations.

On Thursday 11th April, we presented a cheque for £250 to Taunton Open Door, a charity nominated by Brian Wood, our Graphic Designer 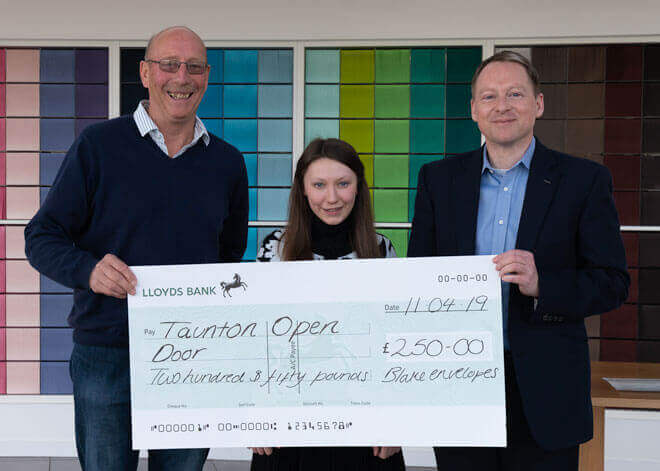 Homelessness in the UK

Taunton Open Door recognises that homelessness is not just about the people that the public sees and thinks about – the ‘rough sleepers’ living on the streets - but the whole range of people who don’t have a home.

Did you know that in England alone, there are over 260,000 people living on the street, in hostels or in temporary accommodation, with an additional 560,000 households who live in overcrowded accommodation? Visible homelessness is only the tip of the iceberg!

Much more than just the lack of a place to live, homelessness is often as a result of something much more, with problems ranging from family breakdowns, poor mental and physical health, drug and alcohol abuse, low skills, unemployment and poverty. Homelessness damages people’s lives, worsening existing problems and creating new ones. 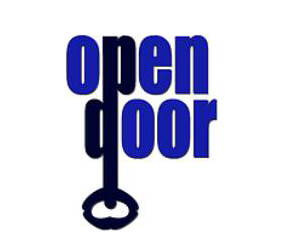 Taunton Open Door is a charity set up in 1996 by Taunton Christians Together. Offering warmth, food and advice, they are committed to helping to solve homelessness. With their day centre in the Taunton town centre, they provide an easily accessible place for rough sleepers to get a hot meal and wash their clothes. Volunteers run the service for people who are either homeless or trying to settle back into permanent accommodation.

The Manager of Open Door, said:

"At the moment we are seeing from between 20 and 25 people a day. We're open Monday to Friday, and we see on average 80 individuals a month and that changes from month to month. It gets busier in the summer and they're not the same 80 people either.

"There are people who don't stay for long in the hostels and who are back on the streets. There are people who we support who are in private tenancies but struggle with it so in that respect we are helping them maintain their tenancies. This is caused by getting used to the idea of paying bills on time, and breaking away from the social circle of other homeless people who may also be addicts, and coming to terms with the identity of being homeless to being a different person."

To find out more about this charity, visit their Facebook page here.