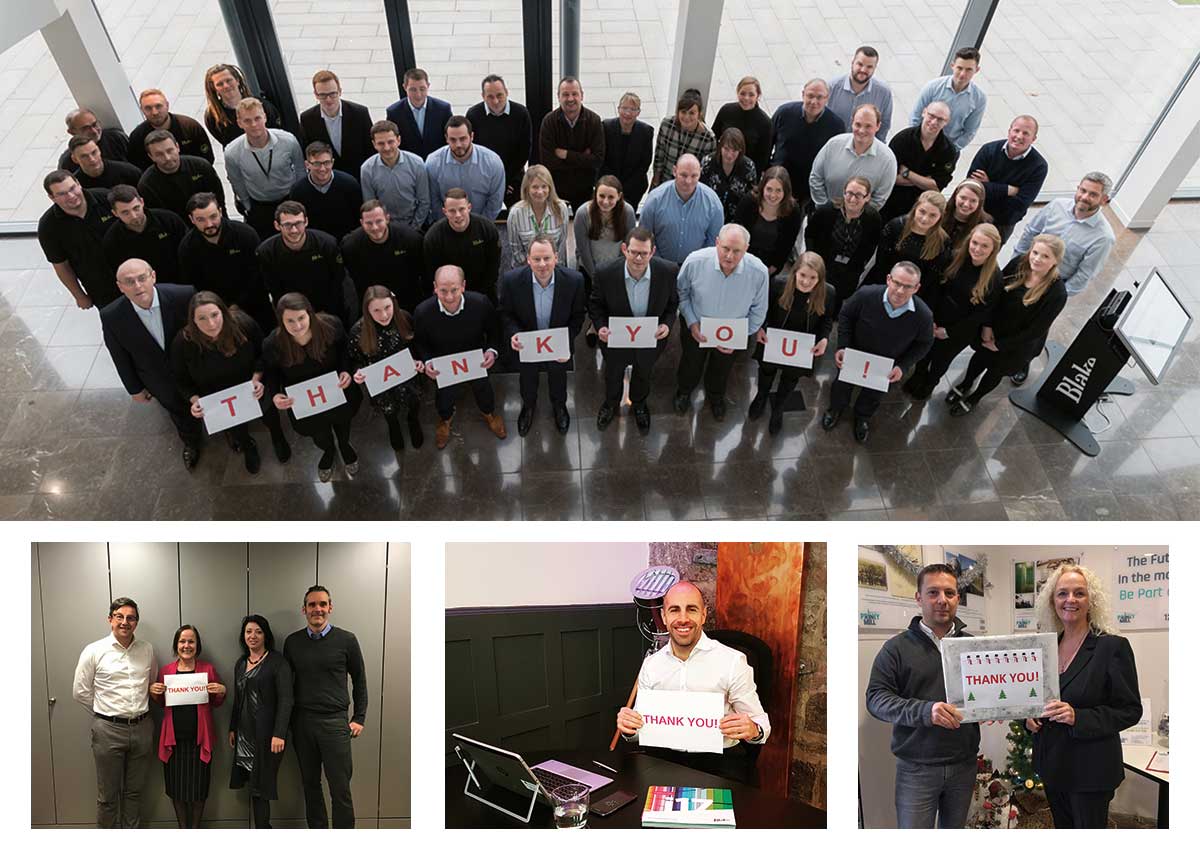 We can say that 2017 has been an amazing year for Blake. In an industry seemingly full of gloom and despondency we at Blake are full of optimism and as we often say when everyone ‘zigs’ we ‘zag’.

We have invested in people, production and process in 2017 and this has resulted in a 12.5% increase in sales, quite an achievement in the face of a further envelope volume reductions of 5%. Some of our notable achievements this year have been:

As ever though, we owe this success to you, our customers. So, at the end of 2017 we would like to say a huge and genuine thank you for all your continued support.

We look forward to working with you in 2018 and providing you with great products, new innovations and the unrivaled service that is synonymous with Blake.