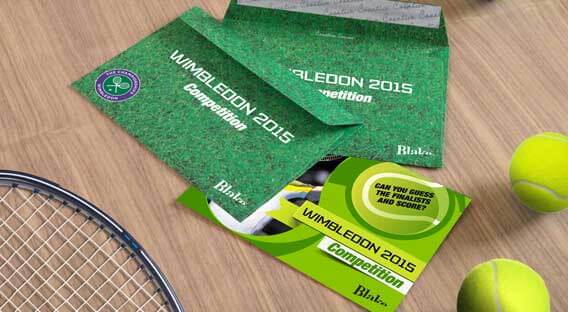 On Thursday 9 July, we celebrated the Wimbledon quarter-finals by holding a blitz day! Staff dressed up in Wimbledon themed colours – green, purple and white - and were organised into teams to see who could get the most orders.

When a customer placed an order they were entered into a raffle to win one of a selection of Wimbledon themed prizes including a Pimms hamper, a Swingball set and lots of smaller prizes such as bottles of Pimms, chocolates and Wimbledon towels.

The sales and customer services teams were split into teams of two and the idea was to secure as many orders as possible. When a team won an order, they got to roll the giant dice to move around our specially-made snakes and ladders board. The team that reached the end first won a prize!

The keen tennis players among us refined their strokes on the office Swingball set which was fun until Keith managed to knock it over and spill half the water that filled the base onto the floor. Fortunately Tony, our facilities manager, did not see the incident!

We'd like to take this opportunity to say thanks to all our amazing customers who joined in on this day!

Look out for our next Blitz day - focused on "Back to school" in September.